In May 2012, we at PanoramAH! were consulted to budget for the window frames for the project of an architectural firm in Geneva, DLA. This involved a house with three floors, located in Vandoeuvres, in the vicinity of Geneva. The back of the house was delimited by a stand of trees, and given its iconic presence in the plot, the desire was to keep it visible from all of the land’s ground level.

The first floor, underground, contains the more technical functions of the house. The third, a box, placed on Piloti supports, which floats over the land, houses the bedrooms. Between these two floors, on the ground level, is a space as open to the outside as possible, to allow for maximum visual permeability between the house’s reception area facing the street and the back part, which contains the house’s common spaces.

Thus, the ground level is sought to be made visually open to the outside, closed only by a glass membrane that is as invisible as possible. The technical solution would have to necessarily involve minimalist window frames, at the risk of compromising the concept of the project itself. This unique feature was obviously a constraint that we are used to dealing with. The great difficulty of the project was the large dimensions of the triple pane glass panels, which reached areas of 13 m2. The PH38 system that we had in 2012 allowed us to only reach dimensions of around 6 to 7 m2 of triple pane glass panel. This limit was due to the maximum glass thickness of 38 mm allowed by the system.

This dimensional barrier had already led to the loss of several projects between 2011 and 2012, and it was imperative to confront the technical requirements of Villa NHV, not as a problem, but as an opportunity to develop a new product, basing it on a model project.

The architectural team was informed of our intention to participate in the project, and the constraints resulting from executing it with a prototype product. The challenge was accepted by all the parties involved and the development process that would give origin to the PH54 series three months later was initiated.

More than a transition product or a timely solution for a specific project, the PH54 would become our most awarded minimalist system: Red dot design award 2014 “best of the best”; Architects Darling 2014 “gold for best product innovation”, and others. The certification of PanoramAH! in 2014 under the Minergie module, assigned to windows with high energy efficiency, further represented the achievement of a new technological level. The 54 series is today used in 90% of projects executed in Swiss territory. 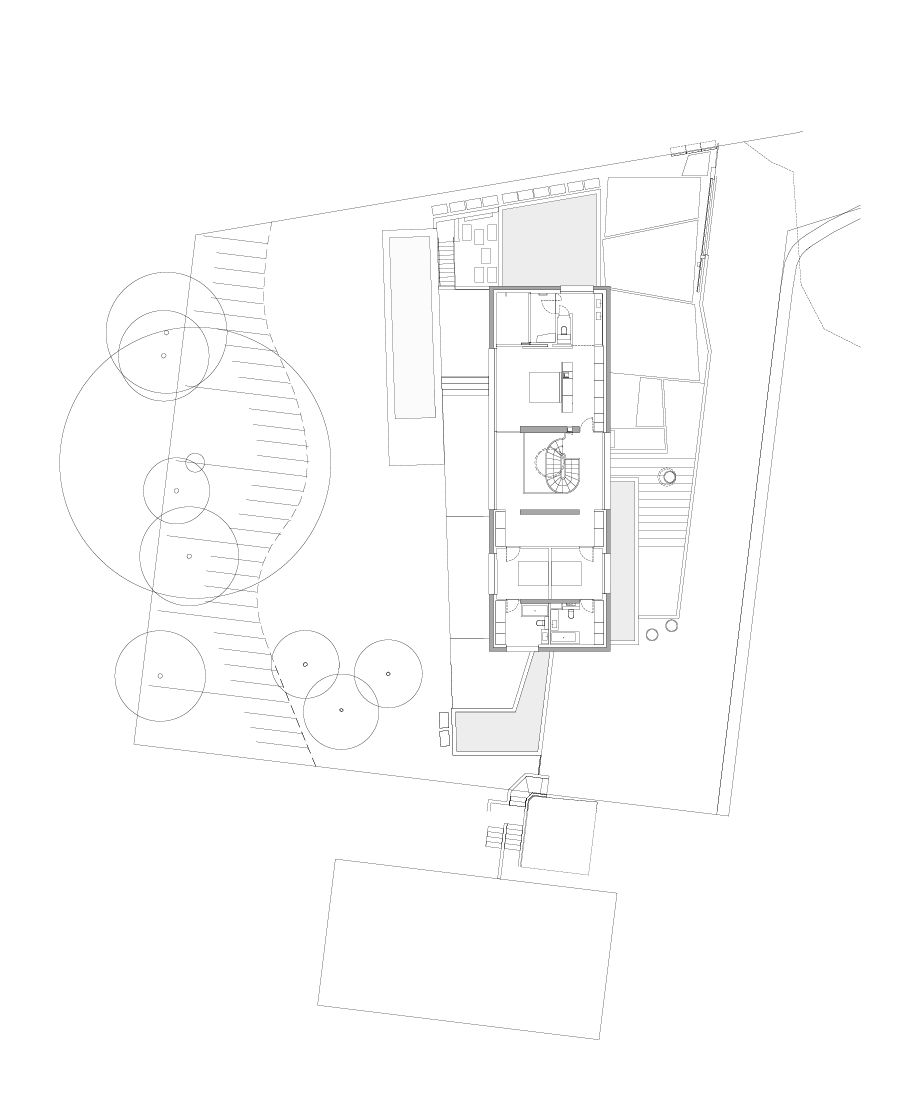